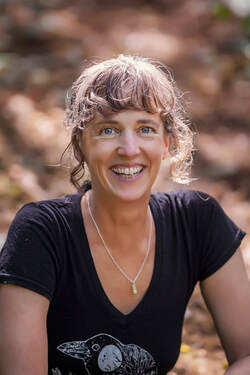 Traci Skuce graduated from the Pacific University low-residency MFA program in 2015. Her short stories and non-fiction have appeared in several publications across North America including the New Ohio Review, Grain, december, The New Quarterly, and Prairie Fire.

She has been nominated for four Pushcart Prizes and two Journey prizes. “Because the Fall is in Two Weeks” was longlisted for the 2019 CBC Short Fiction, and she was first runner-up for PRISM international’s 2019 Grouse Grind Very Short Forms contest.

For the past twenty years, Traci has lived in Cumberland, BC with her husband and two sons. Her collection of short stories Hunger Moon has been recently released by NeWest Press.